Going through quite intimate stomach treatment, I find not only little selves abiding in various parts of my gut, but also memories, emotions and sometimes even tunes and old forgotten childhood melodies arising from deep inside. The other day, out of the deep painful darkness I suddenly remembered a melody coming up to my consciousness. I knew it was some sort of a prayer in hebrew, my mother tongue, and assumed that it was one of the recurrent morning prayers of school that has come back to be, as the german language call it, an “ear worm“. First I was undisturbed by it and even felt a shimmering sense of sacredness- such an ancient piece of song, written probably so long ago, has risen from the past to accompany me. I was sure it was one of the prayers that we would sing in school in the mornings, day by day.

But it was stuck in my head, with only few words remembered, and all the rest- which are most of them- forgotten. The tune was playing for days on during idle moments- when I walked, sat or laid down to rest. I wanted to sing the words to myself but could not remember them. So I asked my father about it, and was told that it is usually sung in special occasions in the synagogue, such as the hebrew coming of age ritual.

I searched up the words.

And then all sacredness shattered.

The translation of this prayer to english (New International Version) would be:

May the Lord bless you from Zion;

may you see the prosperity of Jerusalem

all the days of your life.

May you live to see your children’s children—

peace be on Israel.

Well, so what is so shattering about that? It was the fact that the whole prayer, was addressed to a men, and blessing you (you a man) to have many boys to your boys. The translation would say “children’s children”, but in fact in hebrew it would be only male children, boys. As if only men exists and are worthy of the prayer. And that reminded me what repeatedly bugs me about this language of mine, and this religion to whom I was burn to: It ties a gender differentiation to every single verb and object. When addressing an audience, it will almost always address in the masculine form. Enough for a single man to be in an audience, for the whole group to count as males. And as such, all the prayers are for men and about men. And the bible would speak mainly about men and to men. And my own god (at least the god that this religion claims to be mine, or claims that I’m his), he is also only a Male. As if women do not exist or are not worth mentioning.

A few months ago, I visited the Tower of David Museum and was sad to find out that mainly all the pictures there, describing scenes of daily life and historical events in the past of the Judaism, depicted almost only men. As if this while nation did not include women. As if the women did not give birth to all these men. As if the mothers of all of those people never existed.

One of the sole images of women that I saw there, were figurines of fertility deities. Below the figurines, a text explained that “Pagan influence infiltrated Judah from neighbouring countries. Under Hezekiah and Josiah altars to foreign gods were destroyed and the temple was purified”. The sole women figure was depicted there as a bad superstition that should be condemned. Female figures in altars are said to disgrace the holiness. As a women, what am I to understand from that about femininity?

And so I’m torn. I’m torn between these old gone prayers that are activating my emotional centre and coming deep from my heart, and between the vigorous judgments of the rational intellectual centre in my head, that are running around in my mind against some of the nasty words in these prayers, the fact that they are always approaching only men and talking from a single-man-god. Im turn between the bad feelings I have against this jailing, brain washing, single minded, closed, narrowed religion, and the music of the prayers that is clearly streaming deep underneath my judgments and criticism. And I wonder- is it an automatic surfing up, a program that runs in the machine of my little many selves, a bordered frame to be noticed and minded and maybe discarded? Or is it the magnetic centre in me yearning to the divine, without borders and an accepting judgeless realm?

And I wonder- where is the prophet, the sage, the messiah that will come and help us seculars reclaim our spirituality from the grasping claps of orthodox organised Judaism? Cause to be honest: to organise the religion is to bring death to spirituality. To decide that one size fits all, one diet fits all, one rule abide us all, anytime, all the time, every day, everywhere is to sentence slow unnurtured decay to my soul.

And I realise in horror. The saviour of my religion will not come. The messiah will not arrive. The days of old gone sages were over long ago when the manly patriarchal violent “god” soldiers shattered the figurines of the abundant fertility goddesses there in the sacred valley of the “sacred” city in the “holy” land, thousands of years ago. And since then we are wallowing as a daunted haunted nation from country to country, from land to land. And we think that the offenders are outside: the Spanish inquisition, the Nazis, the Hamas, the Jihad. And it also is. But when will we realise that it’s all stemming from something unresolved within us that is only giving rise to materialise in the outer world? When will we be honest with ourselves, with all our little selves, in each and every one, to try to understand what is this karma of a haunted nation, what is this fate that has fallen upon us, and what have we been avoiding, for years on years from the past, what are we avoiding to fully experience, and so comes to haunt us decade by decade again?

I go through a tummy treatment, and as my gut is being squeezed and energetically punctured, pain is arising in far away and seemingly unrelated body parts- in the right shoulder blade, down the clitoris and all the way up my chest. There in my gut I find living a scared little one, a horrified little one, a terrorised little one. And I find unrecognised fear and anger and I find feelings and old emotions and memories rising up. and I find these melodies and songs of pray. And I wonder, how do I resolve between all of these, how do I find the third force- the reconciling force to reconcile all the “yes”s and “no”s within me, all the affirmations and denials, the judgments, the acceptances, the slimy sludge that has been sticking sticking in my gut for so many years, crystallising to form little balls of pain, sitting sitting there waiting. Waiting, waiting to ripe, waiting to be resolved, waiting for the third force. Isn’t it time? Isn’t it time to let it all?… 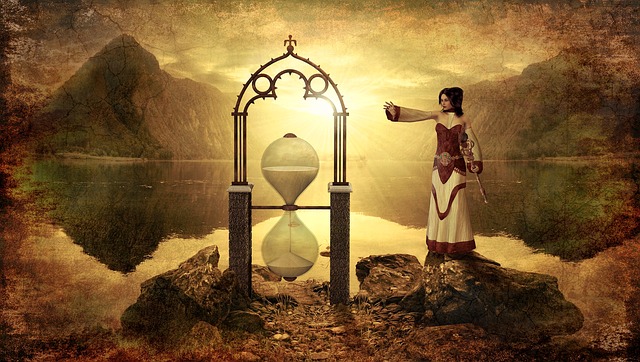 Messiah will not arrive because it is not to an external object, pill, diet, medicine, drug, path, teaching, teacher, doctor, therapist, lover, partner, or any person to solve my unresolved pain- any person other then my own working self. Messiah will not come because it is mine to resolve, me to be my own sage, my own prophet, to decide upon my spirituality and of how to live and relive this religion that I was born to. Messiah will not arrive cause he is already within me to follow my path once I found it, to stride my own footsteps, and after all this “my” and “mine”, remember that it’s not my own to own.